By Nick Hansinger
Under The Mystic's Message
5 min read

The other day I got blocked by a "positivity" coach, and the reason why is more disturbing than you might think…

I know that I can be a little much sometimes. As a Gen Xer, sarcasm was something of a love language growing up. I know this about myself, and I really do try to keep it in check.

So when a “positivity” coach slid into my DMs promoting their “positive” content, I gave them the benefit of the doubt. I clicked their link. I read their meme.

And I really wanted to let it slide...

But I just couldn’t.

Sadly, I was blocked before I grabbed a shot of the meme in question. I’ll summarize and you’ll see the sentiments amplified below.

In swirly scripted font and bright colors, the meme in question talked about bullying and gossip. How people who gossip and bully are “unintelligent.” Deriding them for their behavior.

What got me was how negative and critical this person was toward this behavior. It was disguised, as is so often the case, as personal empowerment. 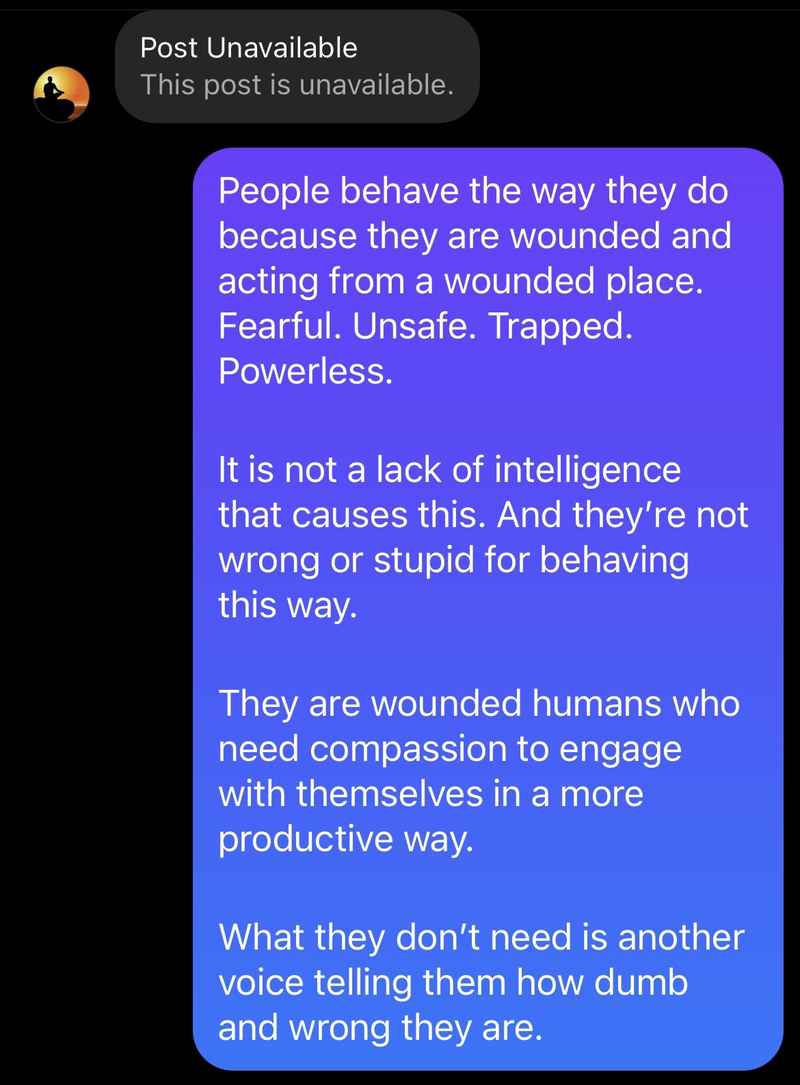 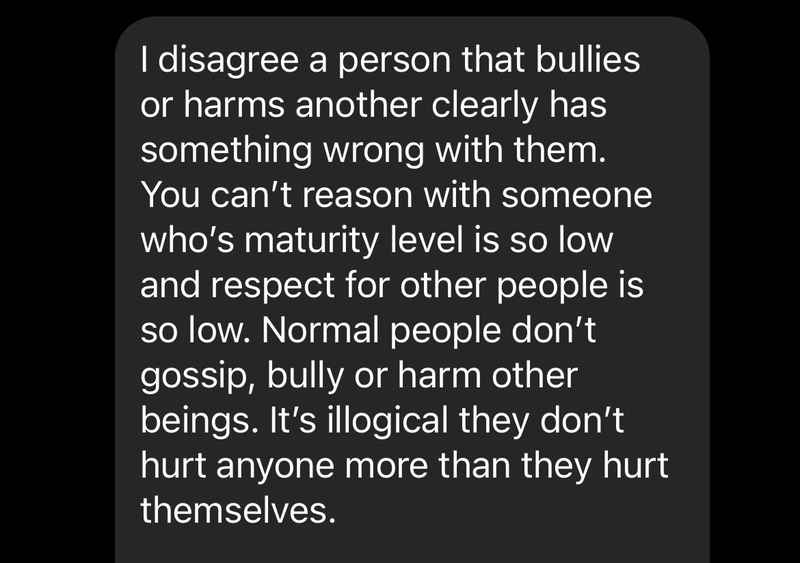 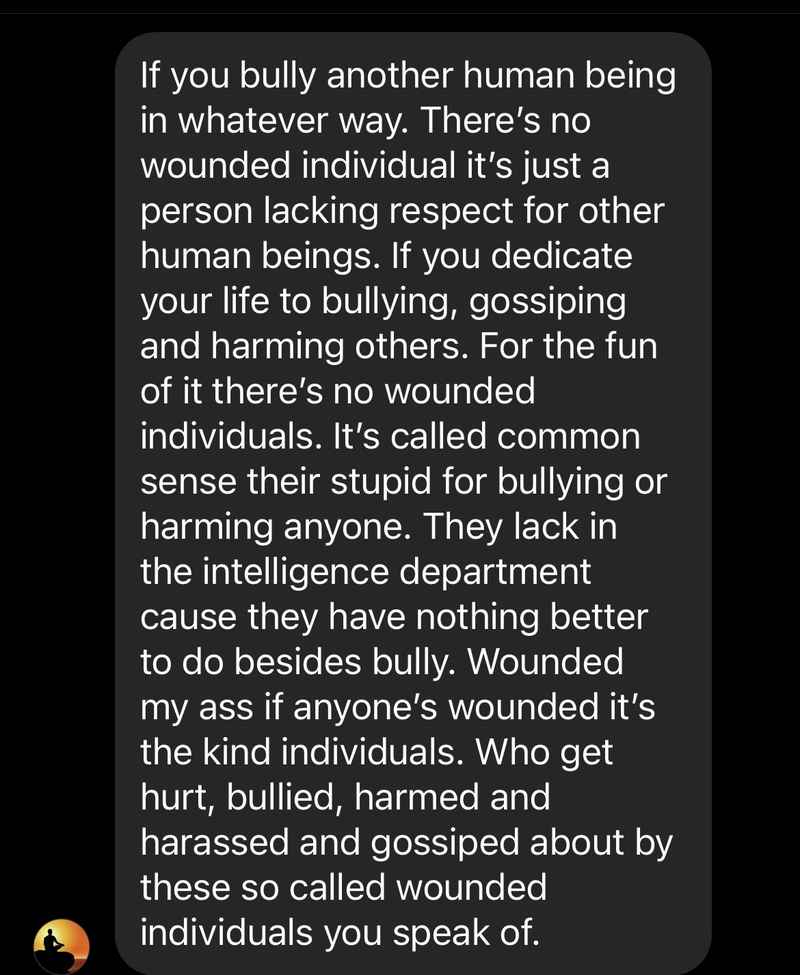 The parts that stood out to me were…

…“Normal” people don’t gossip bully or harm other beings. (Normal? Maybe you meant to say people like you?)

…"It’s called common sense. Their (sic) stupid for bullying or harming anyone." (Intelligence is not the problem. Incredibly intelligent people behave badly all the time).

…"There’s no wounded individual it’s just a person lacking respect for other human beings." (So close, yet so far. More on this later…)

To be fair, they’re not all wrong here. If we understood the damage we do to ourselves as a result of harming others, we would be shocked. Our ignorance of this is both a blessing and a curse.

Anyway, I saw an opportunity, so I tried… 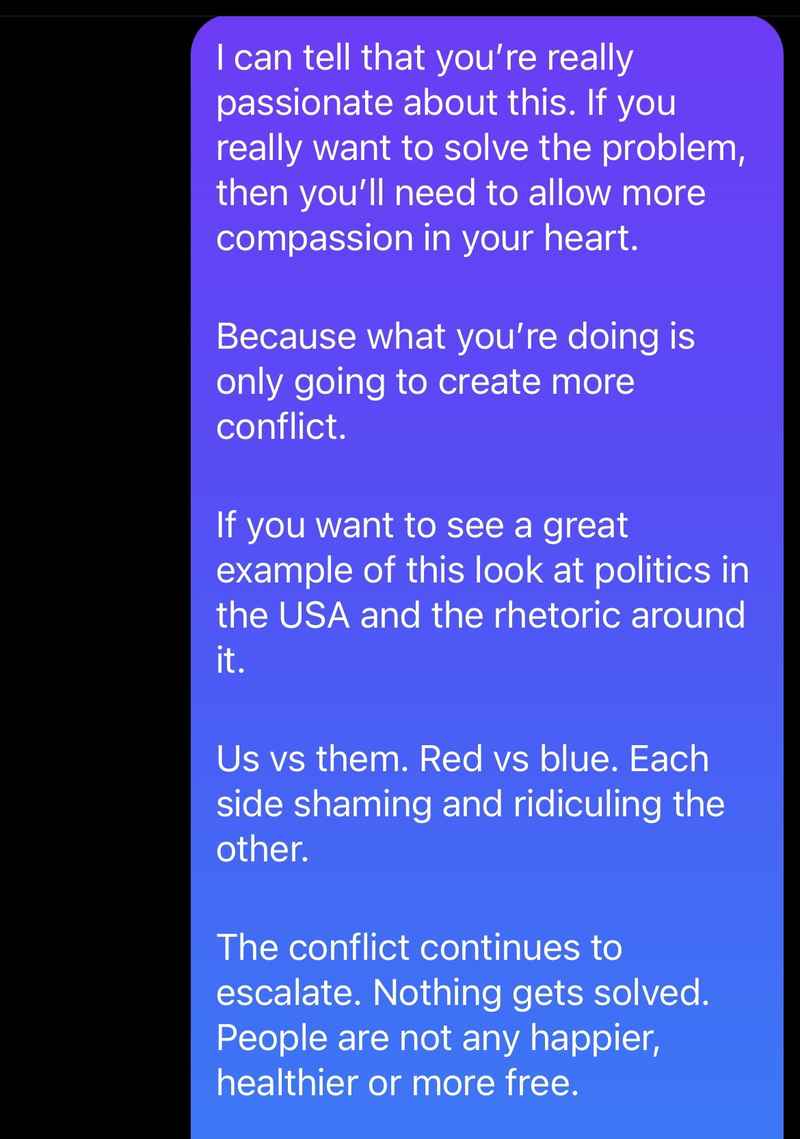 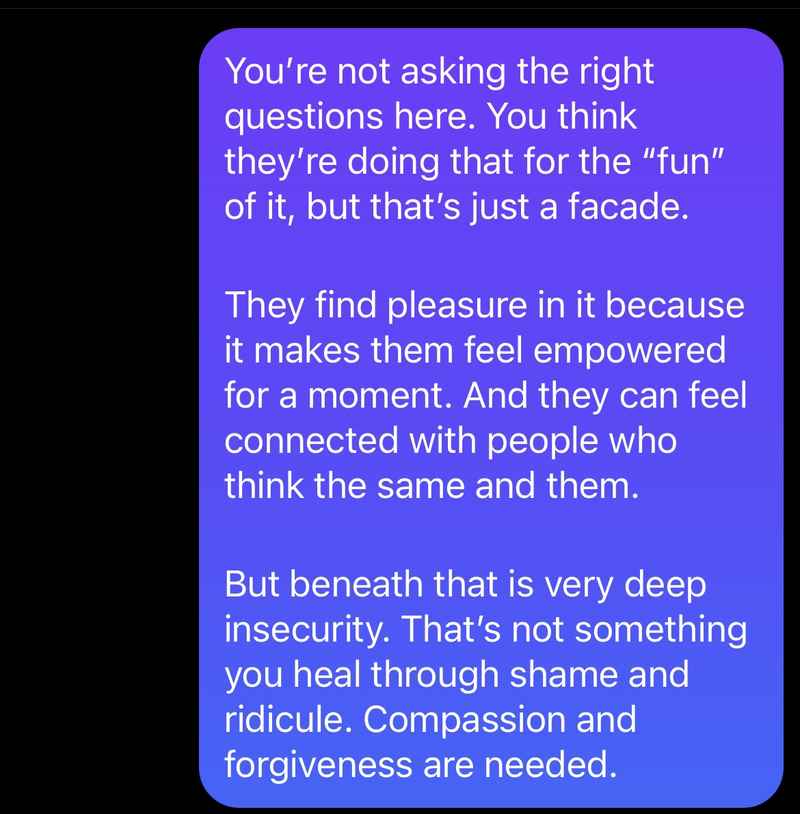 That’s all it took.

The truth is this…

Your wounds might not seem like a big deal when compared to others suffering in the world. You might even discount them and think that you should be “fine,” even when you’re not.

So does the person mistreating you. Because happy, healthy, fulfilled people don’t go around gossiping and bullying and ridiculing others. They don’t spend their time blaming and shaming for sport.

I’m not saying that bullying and gossip is ok. It’s not.

I’m not saying that you shouldn’t stand up for yourself. Please do.

I’m saying that shaming and ridiculing others isn’t going to solve anything. Making other people wrong and calling them stupid isn’t helpful for productive dialogue.

Until we recognize this and start leading with compassion and understanding, we can expect conflict in the wold to increase. The writing is on the wall in more ways than we can count. The time is now to make a change in how we relate to ourselves and one another.

We have incredible potential right now, both individually and collectively, to create something truly extraordinary together. And it starts with you.

Knowing yourself. Recognizing your own wounds and vulnerabilities rather than constantly hiding and protecting them.

Healing yourself into health, happiness, joy and prosperity.

Loving yourself into wholeness of being. Your amazing cosmic divinity.

That is the path. It’s not complicated.

And if that all seems like too much, I totally get it.

Here is where you can get started. In fact, our misguided friend brushed on it, but missed the mark…

It starts with RESPECT.

Love and compassion don’t exist without respect. And those are the only things that will save us from ourselves.

Absolute Respect.
For others.
For yourself.

Give respect before they’ve “earned” it and you just might be surprised at how that person shows up differently.

Start there and let me know how it goes.

P.S. If you're struggling to have the Self Respect and confidence you want, go get this free training. Follow the instructions to the letter and you will see a radical change in your life.

There are no comments yet. Be the first one to leave a comment!